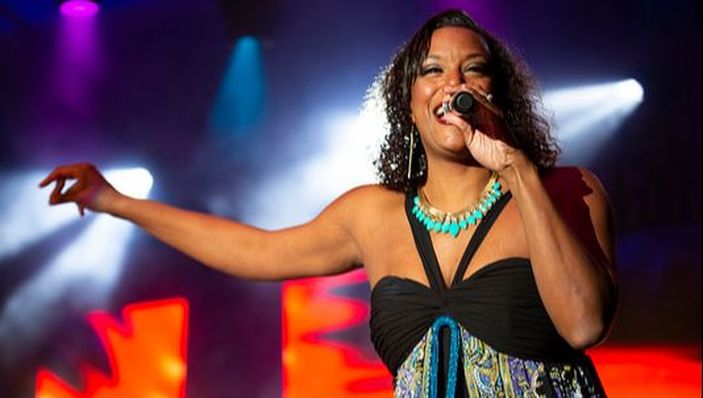 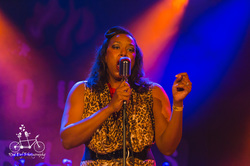 As a singer, I have traveled the world performing every style from Pop to Opera.

In between numerous theater engagements, I also sing in concerts, perform my own headliner shows, and  have fronted bands on both coasts.   For the Disneyland Resort she is a 2 time guest performer, and 2 time cast member with Groove 66 and with Frozen: Live at the Hyperion. I have made my home in many places across the country which has lead me to sing in 7 Christmas Caroling Companies, including the year round acapella group, Westbeat!

​While earning my degree from California State University, Fullerton I performed Shakespeare, Chekhov, British Comedy, and, of course, musical theater. I was a long time member of The Young Americans, where I have taught voice, musical theater, audition techniques, and produced variety shows. I am also a frequent performer in regional theaters.  I have performed in 47 states. Out of college, I was thrilled to perform at The Hollywood Bowl and Reprise!: L.A., where I shared the stage with some of the biggest stars, including John Lithgow, Kristen Chenoweth, and even Roger Daltrey! ​

One night engagements include singing back-ups for Josh Groban and Sam Harris, and as a featured singer in A Tribute to Michael Jackson at The Palms Hotel and Casino in Las Vegas.  She had the unique opportunity to see the world while traveling with the vocal quartet, Harmonix, on board the Crystal Symphony cruise ship. Her turn as Sylvia in Prather Entertainment's tour of All Shook Up was met with rave reviews and standing ovations!

Training and hard work have lead me to be a versatile performer, and I hope that with every performance I bring my enthusiasm.